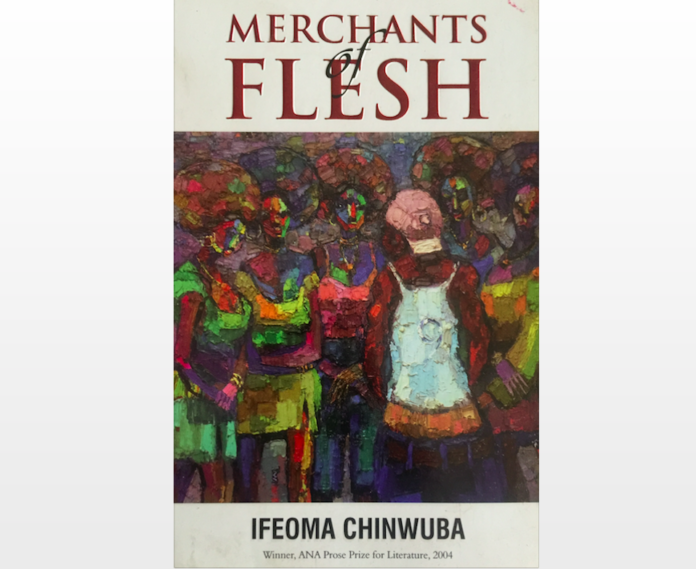 A humble ex-undergraduate is lured to the red light districts of Italy. Faith Moses is not just another Bini girl, as her sponsors discover to their peril. Her arrival in the hustling joints will have far reaching consequences for all involved in the traffic of women -from her inhuman madam to a randy man of God, not forgetting the double agent in the Consulate.
Merchants of Flesh is a racy tale of corruption in high places, and a young girl’s crusade for freedom and justice among the oppressed. First published in 2003, it has received several commendations. In 2004, it won the Association of Nigerian Authors (ANA) Prose Prize. It also made the shortlist of the Pat Utomi Book Prize in 2005.